Track plots show you where the animal went during the test and can plot either the track of the animal’s centre or its head.

The tracks can be colour coded, for example to show how fast the animal is moving and the plot can include markers where specific things occurred, for example, where the animal froze, or where a particular behaviour, such as grooming occurred.

Plots can be played-back, either at real-time speed or faster or slower, and can easily be recorded to a video file for inclusion in a presentation. Heat maps typically show where the animal spent the most time, however, they can be used to show where any activity occurred – for example, where grooming was most prevalent.

The maximum value, shown in red, is normalised across all tests in an experiment, making it easy to compare heat maps, but you can set it to a specific value, which makes it possible to compare tests between experiments.

Average heat maps, for groups of animals, can be created – with transforms being applied, if required, to make the data for all the test consistent. For example, if the platform in a water-maze was in the top-left for some tests and in the bottom-right for others, rotating the data for the bottom-right tests by 180° would make it possible to generate an average heat map for all the tests. Charts provide a way to visualise how the animal’s behaviour altered across the duration of the test, with the option to plot more than forty different parameters.

It’s easy to zoom in on any part of a chart and to take measurements of the plotted data, for example, to see precisely what value a peak represents, or to measure the width of a dip. 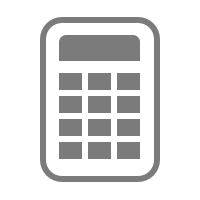